John looked as crestfallen as ever.
- You are not alone, Matthew said.
They had just crossed the River Kolpin and the lights of Welleborn served as their benchmark. The blacksmith gazed at him and snorted.
- No? Right you are, old man. There is Robin the Lean, Crazed Sir Nicholas, Old Grump Thomas - and we are all following the same path to the Netherworld. Not alone. You've been watching me for days and that's what you came up with?
Matthew smiled.
- I know what you left behind, he added. He wanted the boy to talk - wanted him to spill his rage.
- You do, do you? So you know of my father. You know we've received word of his death. Not an honourable death, no no. He died trying to stop a fight among his own.
- I know of your father, yes. He was an honourable man, and the honourable men are always the first to go. There is no honour in war. A good Captain is a man who can make decisions worthy of villains and still have the heart of his men. He can command you to commit an atrocity and you will do it - for brotherhood, for your country, for the loved ones you left behind. Doing wrong in the name of something doesn't make it right, son. 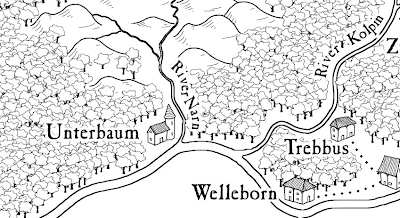 John laughed and looked almost as mad as their Captain.
- So a good man is a dead man?
- No, Matthew replied thoughtfully. - A dead man is a dead man. And the deaths of good men are the casualties of war.
- You are wrong, old man. The casualties of war are the loved ones, you speak of. The wives and children unable to support themselves, when men are forced to fight the wars of others. My father could be spared. His son had learned the trade and could have supported her. If it wasn't for you, that is!
- Your mother will eat with the womenfolk at the castle. I saw to that before our departure.
John opened and closed his mouth several times and looked very much like a fish.
- I didn't know, he finally said. - Thank you.
Matthew patted him on the back.
- It's my trade, son. I'm payed to be one step ahead. I know what... Crazed Sir Nicholas wants, before he does. Tell me - what does that make me?
They both laughed.
- But that was not what I meant. Robin, Thomas and I - we all served Sir Nicholas. But take a look at the henchmen. They are like you. Common men forced to leave their trade and families. They were chosen because they participated in a shooting contest on the grounds this Spring. They know how to handle a longbow, but they are farmers, nothing more. And they were deemed too old to fight in the war. Thomas and I are veterans, but it's been ages since I last killed a man. Robin has never laid hand on a weapon. And Sir Nicholas - he's the greatest shot around, but you'll never know what he will shoot at. You are neither unfamiliar with weapons not too old to use one. You are our ticket home, son. You will save us.
He watched John look at the henchmen. The features of the young boy softened, and Matthew knew his words had hit their target. Words had always served him better than steel. Commands, he thought to himself, commands too are made up of words.
Posted by Louis at 12:41 AM